A camera crew from Ask This Old House spent time in Fargo filming a segment for the show. Prairie Public hosted a BBQ in front of the downtown studios.

In August, the StoryCorps mobile recording booth spent four weeks in Fargo recording conversations that will be housed at the Library of Congress.

In September, radio celebrated 30 years of great broadcasting with a reception in the Bismarck studio, and a tree was planted to commemorate the beginning of the next 30 years.

Prairie Public premiered the new television documentary Steamboats on the Red: A Story of Buccaneers and Robber Barons.

Midwest Archives conference, a regional professional archival organization, awarded Dakota Datebook its “Presidents Award.” This was the first time one of these awards had been given to an individual or organization in North Dakota.

Prairie Public completed work on a tower near Williston, ND, to provide improved service and an additional music format. Listeners in that area can now hear a playlist of roots, rock, and jazz on 89.5fm as well as classical music on 88.7fm.

Hear It Now host Merrill Piepkorn stepped away from the microphone to spend more time on stage with Dakota Air: The Radio Show. In November, Doug Hamilton took over as host of Hear It Now with Ashley Thornberg as special contributor.

When They Were Kings: The NDSU-UND Rivalry premiered.

Prairie Public hosts its first annual Mister Rogers Neighborhood Sweater Drive and collects thousands of sweaters to distribute to those in need.

Prairie Public was honored with Emmy Award nominations for Steamboats on the Red, Faces of the Oil Patch, and Mother Nature In Charge: Devils Lake Life Stories.

Bismarck, ND, was on the Antiques Roadshow 2014 summer tour.

Prairie Public is Golden, a 30-minute television documentary about the history and people of Prairie Public, premiered in October.

Prairie Public celebrated 50 years of service to the region with a Golden Gala on October 25 at the Ramada Plaza Suites in Fargo. More than 180 guests gather for the black tie dinner—a wine tasting, butlered appetizers, pre-dinner music from the Fargo-Moorhead Area Youth Symphonies’ Black River String Quartet, a champagne toast, a silent auction, and after dinner music from The Front Fenders. Clifford the Big Red Dog attends too!

Prairie Public was awarded a $10,000 grant to produce programming to synergize with the public media reporting initiative Chasing the Dream: Poverty & Opportunity in America. Funding is from the JPB Foundation and The Ford Foundation.

Prairie Public aired a radio documentary by producers Diane Richard and Todd Melby titled We Don’t Talk Like That: Fargo and the Midwest Psyche, an investigation of the legacy of the movie “Fargo.” A discussion of the work, with the producers, was held at the Fargo Theatre in June.

Gwen Ifill, an award-winning journalist, author, and the first African American woman to host a nationally televised U.S. public affairs program, died in November. At the time of her death, Ifill was co-anchor and co-managing editor, with Judy Woodruff, of PBS NewsHour.

Prairie Public tried a new kind of fundraising: peer to peer. People were encouraged to ‘find their inner nerd’ and design a Nerd Challenge to raise funds to support Prairie Public. The project culminated with parties and ‘Nerd Walks’ in Bismarck on September 24 and in Fargo on September 23.

Prairie Public invited Vietnam veterans, their families, people who served at home, and people who protested the war to share their stories for the Prairie Memories: The Vietnam War Years project. The stories were broadcast in an original television documentary, radio narratives, and a digital archive.

The monthly program guide, WAVES, was discontinued, with the last issue sent in January 2018. WAVES was replaced by a quarterly mailing, called Cue, and more online communications.

We hosted Ask A Native American August 11 at the North Dakota Heritage Center—a speed-dating type event that encourages people to have discussions with people outside their typical social circles.

As part of Prairie Public's radio and television election coverage, PBS NewsHour producer and editor Judy Woodruff was the special guest at a meet and greet—as she was in Fargo to moderate the Heitkamp/Cramer senatorial debate. The debate was cancelled, however, as senators stayed in Washington to vote on the Supreme Court nominee.

Television won 2018 Telly Awards for these original productions: Malcolm Frager—American Pianist; Wet vs. Dry; Flowers of the Church: Minnesota’s Stained Glass Heritage; Built To Last: The Legacy of the CCC in Minnesota; and The Bell Creek Story: Co2 in Action.

Libraries across the region participated with Prairie Public in PBS’s The Great American Read.

Prairie Public hosted election debates among all the key candidates and partnered with KXMB in Bismarck to produce Legislative Reviews on television and radio.

Basketball, Water and the Lost City of Elbowoods premiered in May.

Antiques Roadshow taped three episodes at Bonanzaville in West Fargo in June, where they found the most valuable item of the season. Prairie Public went behind the scenes to tape bonus footage.

In July, Prairie Public premiered the tenth in its Germans From Russia series of documentaries — Women Behind the Plow —with an event as the Fargo Theatre. The documentary premiered on television in September.

Bob Dambach retired after nearly 34 years of employment with Prairie Public, most recently as director of television.

The Moth Mainstage traveled to Fargo to present a sold-out show in November.

Prairie Public’s original documentary More Than Just the Music premiered in October 2019. Later in 2020, it was nominated for a regional Emmy Award, and NETA distributed it nationally.

In November 2019, radio premiered a new year-long series about women’s struggle for the right to vote, titled Dakota Datebook: 100 Years of Women Voting. 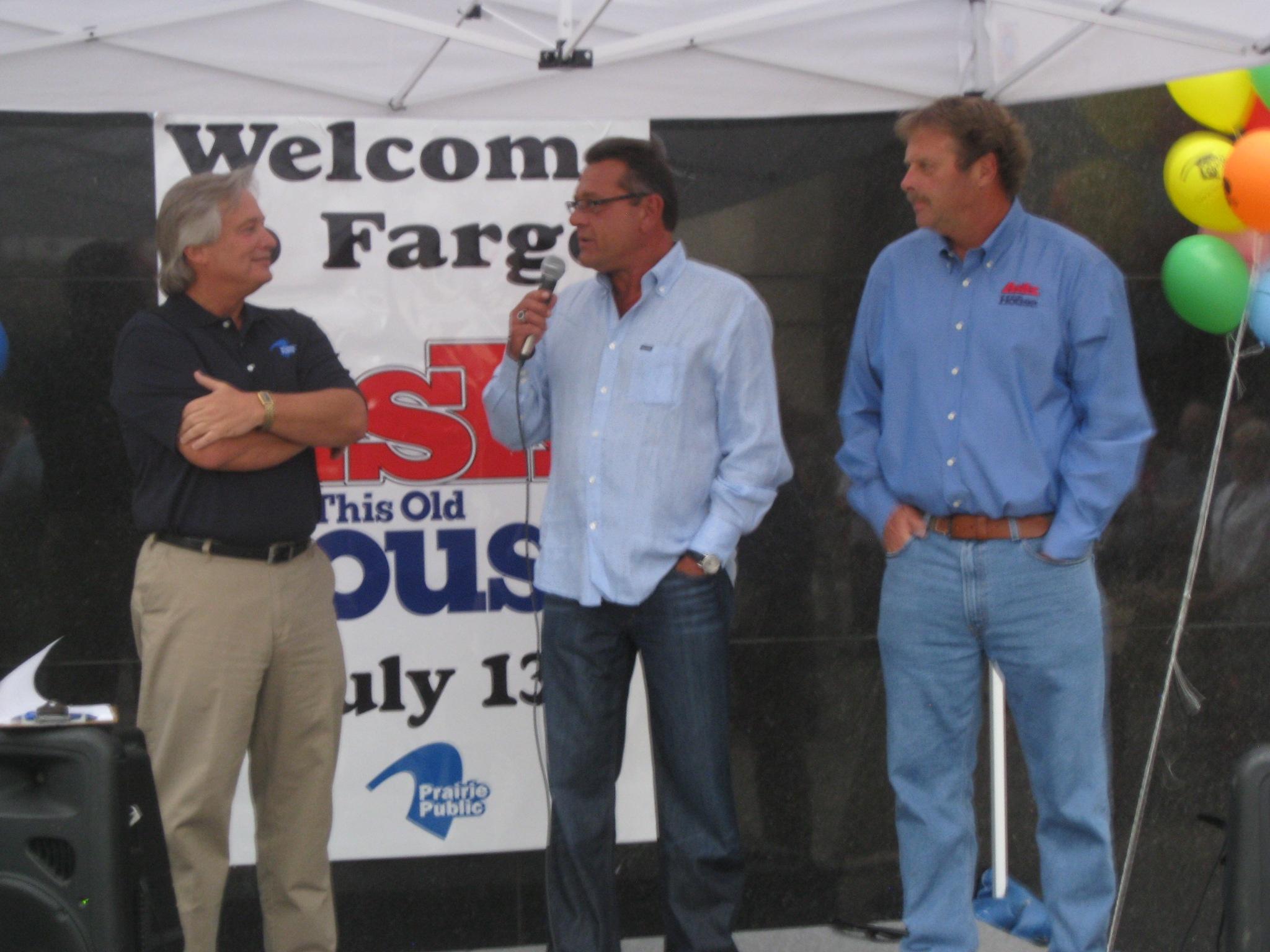 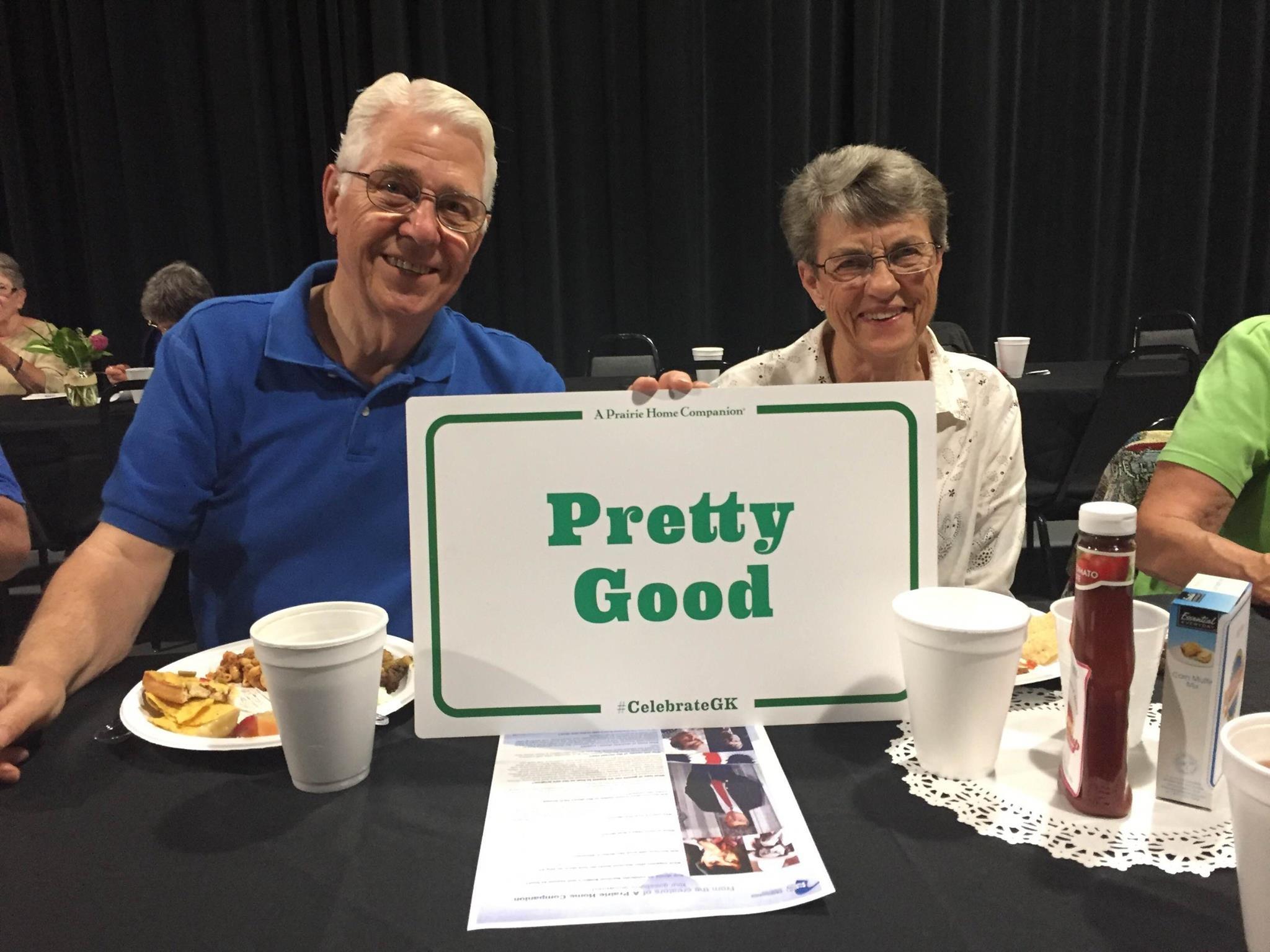 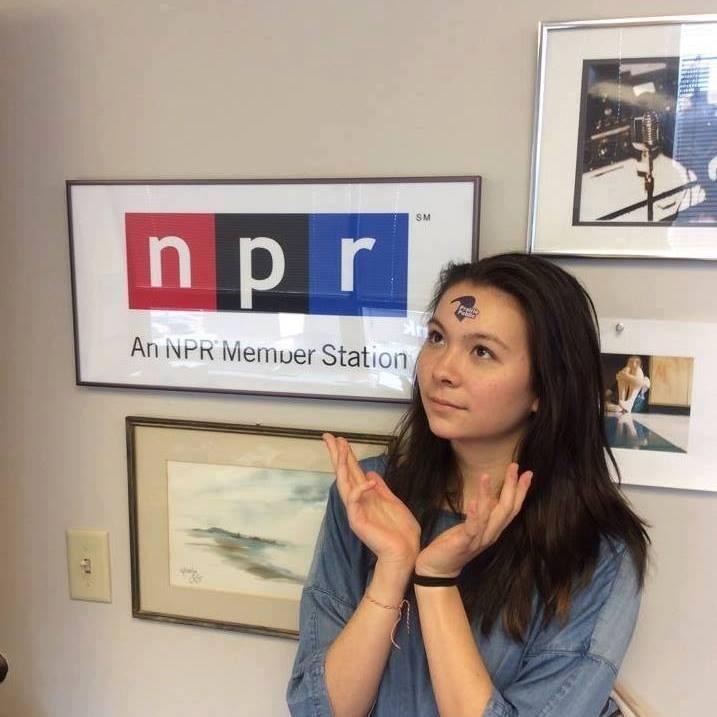 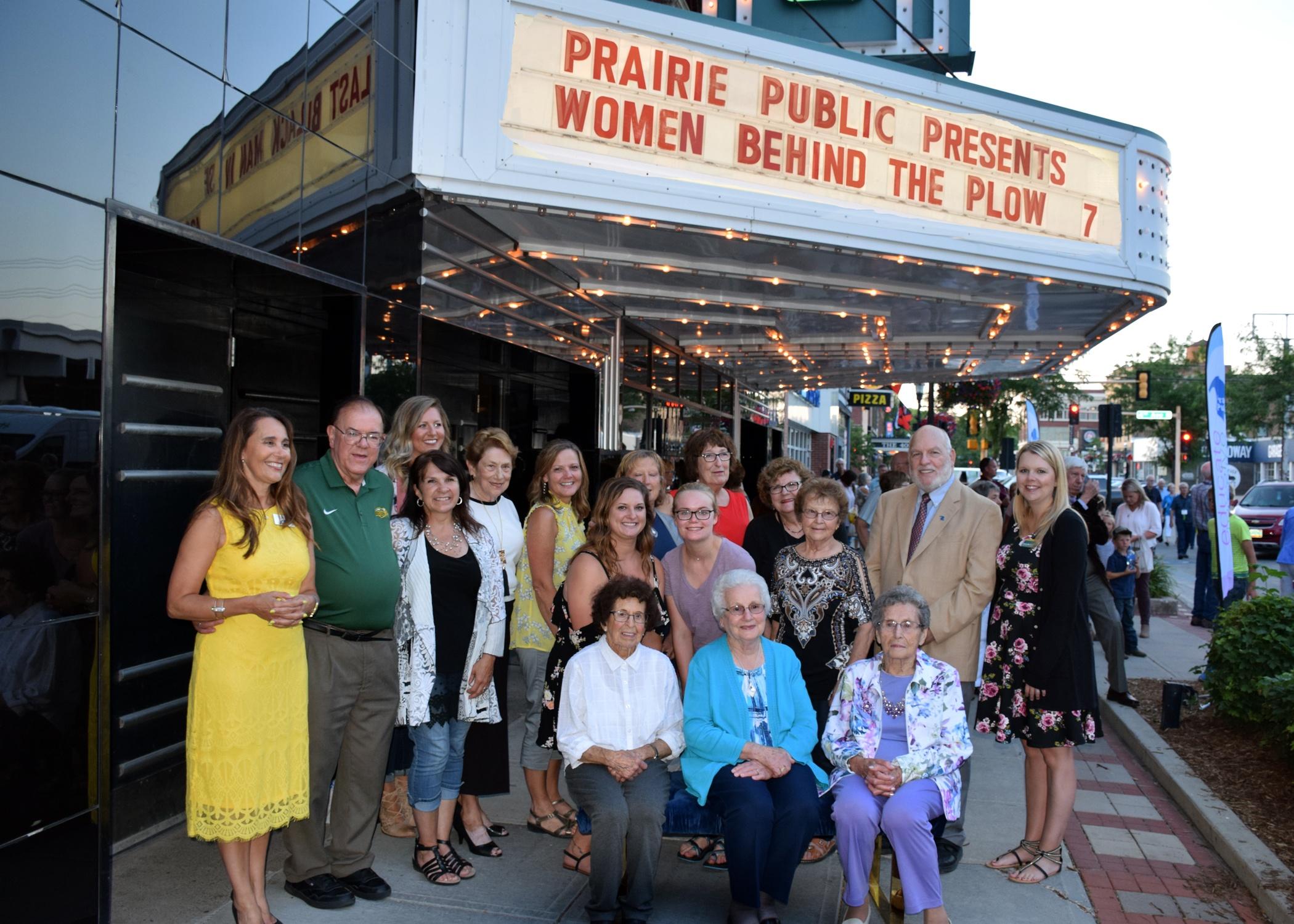 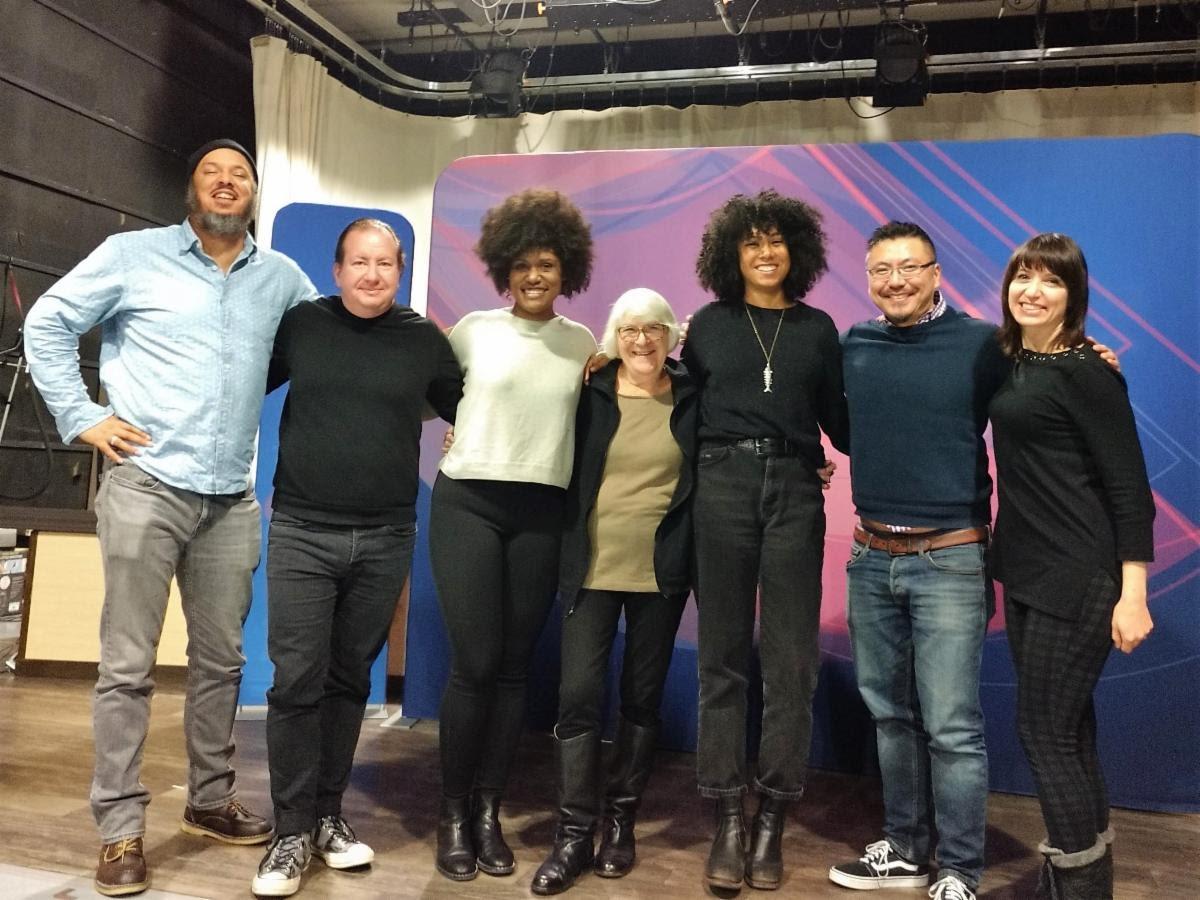